Developer:
Aftnareld
Based in Linköping, Sweden

Embrace your new-found powers as a shapeshifter in Coridden, an action adventure RPG for 1-4 players with a strong co-op focus. Use various beast forms to explore, fight and ride together. Unravel the mysteries of a lost civilization and stop a slumbering threat from erupting once again.

Action co-op RPG. A fast-paced adventure for up to 4 players taking inspiration from games like BG: Dark Alliance (2001), Victor Vran and Diablo.

Save your people and your world
Take the role as one of four thrill-seeking siblings who one day gain superhuman abilities after receiving old artifacts. Explore different paths in the choice-driven dialogues and the various quests you can take on during your mission to save your people.

Become a shapeshifter
Experience the strength and freedom of being a shapeshifter! Switch between your human and beast whenever you want to utilize each form’s strengths when needed. Gather DNA from the creatures you defeat and use them as items, just like other loot. The different forms aren’t just for combat, you can use them to explore the world in different ways as well as overcome environmental obstacles.

Fight using both your skill and character build
Complement your character build with your own skill in the hack and slash style combat. Learn how and when to attack, dodge, block, jump, shoot, shapeshift, grab and use abilities to take out the aggressive beasts, bandits and security machines that you’ll encounter on your journey.

Ride out together in Co-op
Up to 4 players can play together in drop in/drop out co-op gameplay. Work together while fighting, exploring, engaging in dialogues and building your skilltrees. In co-op you also unlock a special team mechanic: riding on each other’s back to become a strong cavalry unit together!

Aftnareld is a small indie studio in Sweden started by a gaming couple, passionate about creating games that bring people together. Aftnareld was founded by Narin Yousef and Valdemar Tove in 2018, both largely self-taught game developers. Besides working on Coridden (the company’s first title), Aftnareld has been arranging courses and projects to teach young students programming and game development. 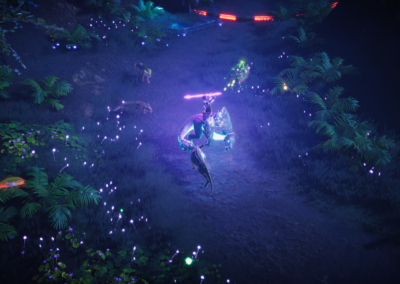 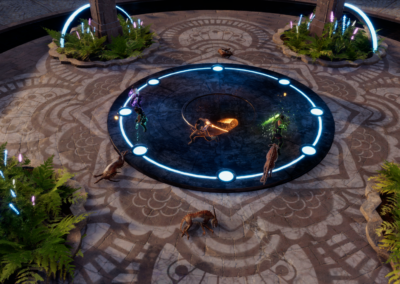 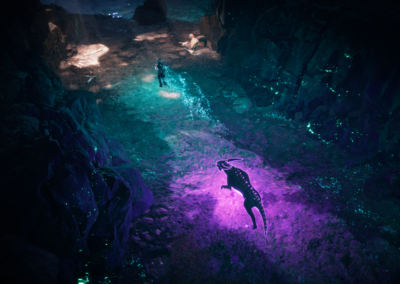 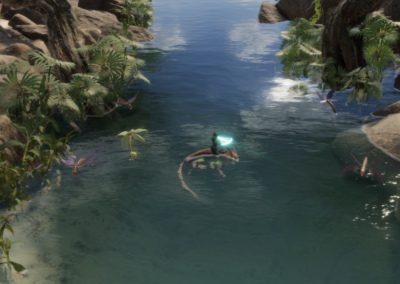 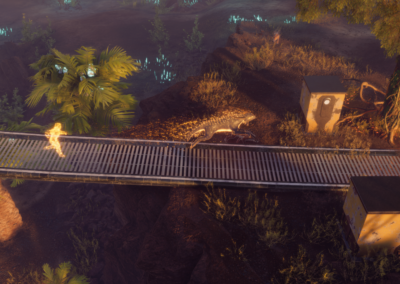 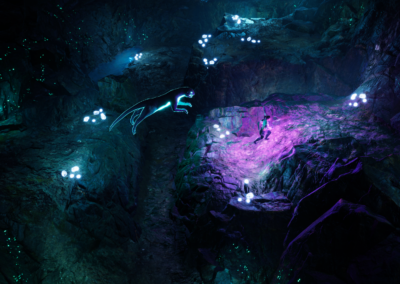 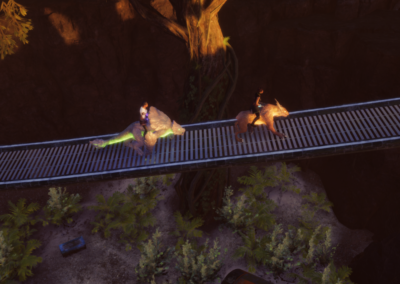 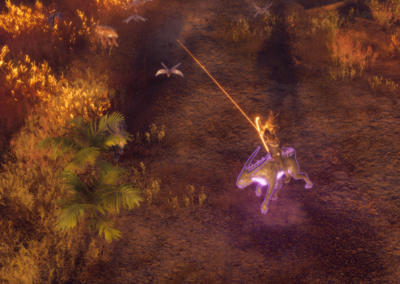 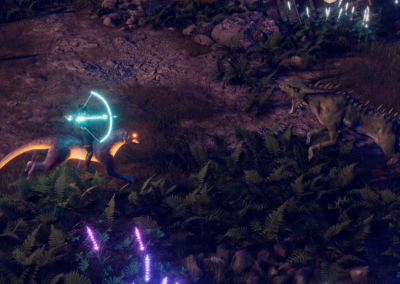 Higher resolution and isolated characters can be found in the downloadable zip-package above. 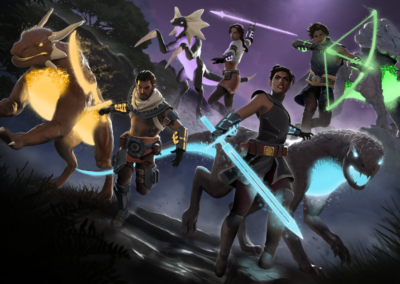 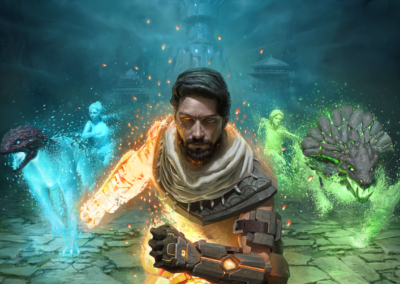 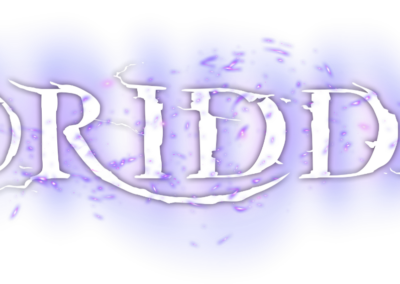 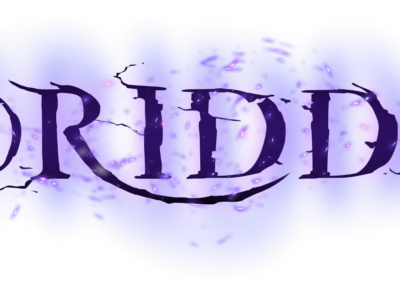